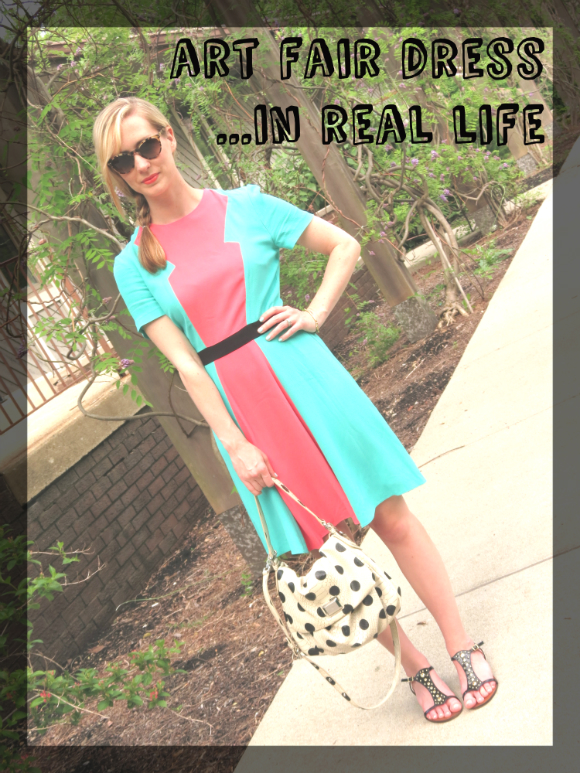 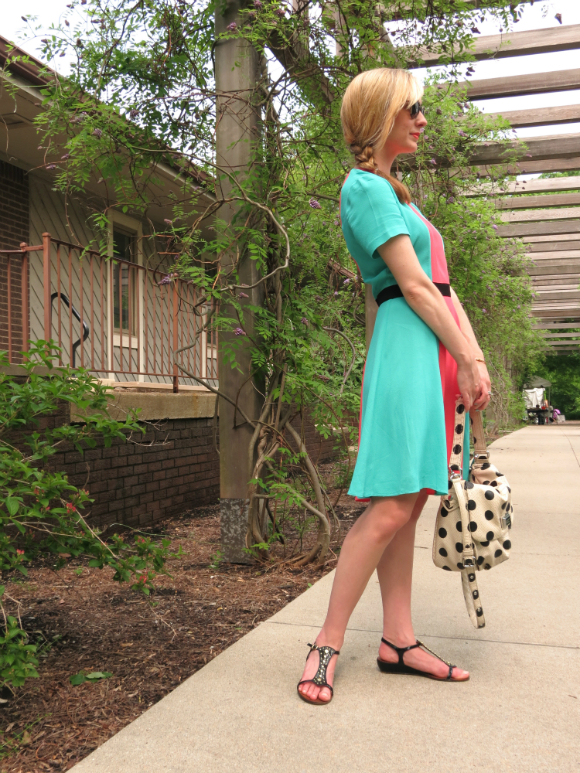 You know how when you were a little kid and you got new shoes, you were so excited you wore them out of the store and watched your feet as you walked? That love of shopping never really wore off on me. That’s probably a bad thing, but lets look at it as cute and romantic instead of narcissistic and obsessive, K? Great.

I don’t normally wear things out of the store anymore, but I often wear them the very next day. This dress, you guys…I bought it in February. As in 3 months ago.

This dress is a piece from the Prabal Gurung for Target collection that I bought on the day it came out when it was still going to be negative a million degrees for the foreseeable future. As you know, I have nothing against winterizing dresses, but there was just something about this one (maybe the fact that the colors remind me of a watermelon) that made me want to debut it without the distraction of tights or a cardigan.

Well I think it was worth the wait because this was the perfect dress to wear to the Broad Ripple Art Fair over the weekend. The only downside (for you guys) is that the dress is no longer available, but I did my best to link you to similar options below 🙂