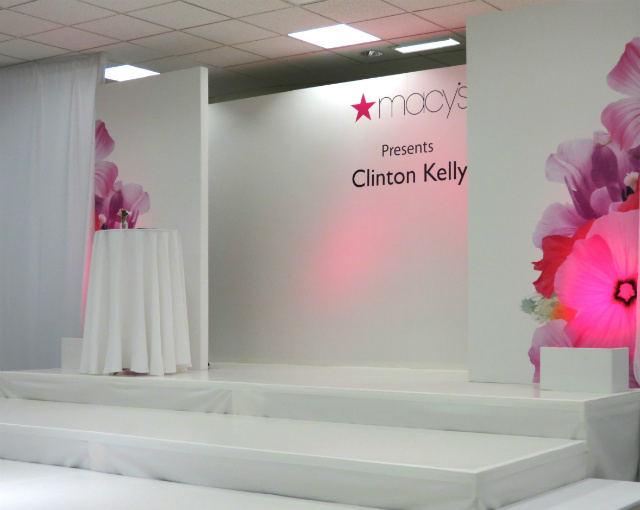 Friday was one of the best days ever. Part of that was weather related. Part was basketball related. But a lot of it had to do with seeing Clinton Kelly – in the flesh! – put on a fantastic and hilarious fashion show at the Macy’s down the street from me. You might recall that I’ve been to a handful of fashion events at Macy’s over the past year, but this one was by far the fanciest. They really pull out all the stops for A-listers, I guess. Velvet ropes, white couches, mocktails, hors d’oeuvres, DJ…fun times. I was supposed to get to interview Clinton, but at the last minute I got bumped for a TV station so I didn’t get to meet him and take a selfie (that’s all I wanted in life). Apparently being a blogger is a status higher than regular civilian, but lower than actual journalist. Le sigh.

Anyway, in case you were worried that Clinton has been curled up alone in sweatpants, eating Ben & Jerry’s, and crying over the end of What Not to Wear, fear not. He’s staying busy. Now he’s on a cooking show (The Chew), he has a new book (Freakin’ Fabulous on a Budget*), and he’s still stylin’ and profilin’ with Macy’s.

For fellow Clinton Kelly fangirls, I’ll share a few Clinton-isms before I move on to the looks he showed us. First off, he doesn’t really care what people are wearing. What?! I know. I remember going to NYC in college and stressing over what to pack because what if I ran into Stacy or Clinton? Seriously, that was something that went through my mind. Apparently it was for nothing. Clinton said he does notice what people are wearing sometimes, and he’s happy to give people advice on what to wear, but in the end…he just doesn’t care whether they listen to him. And as little as he cares what you are wearing, he cares even less about what celebrities are wearing. He said he’s been asked to do red carpet commentary before but he always turns it down. It’s because celebrities have professional stylists and hair and makeup artists – Clinton’s much more interested in helping regular old gals like us find style that works for our lives (ahem, real life style, you might call it).

This tidbit might disappoint you, but he said he hasn’t kept in touch with Stacy since the end of WNTW. But when he explained it, it makes sense: They spent 60 hours a week together for 10 years. Now they’re “seeing other people.” And if you’ve ever wondered how Clinton snagged that dream job to begin with, he was actually working as a journalist when someone called him and asked if he’d like to audition. The rest is history.

OK, enough blabbering. Let’s get on to the clothes. At this show, Clinton showed several trends on 3 different kinds of women: “millennials,” “curvy,” and “mature.” Apparently as a 20-something I fall in the millennial category, but I found myself liking the curvy and mature looks better overall. I’m not sure what that says about me, but nevertheless here are my favorite looks of the night: 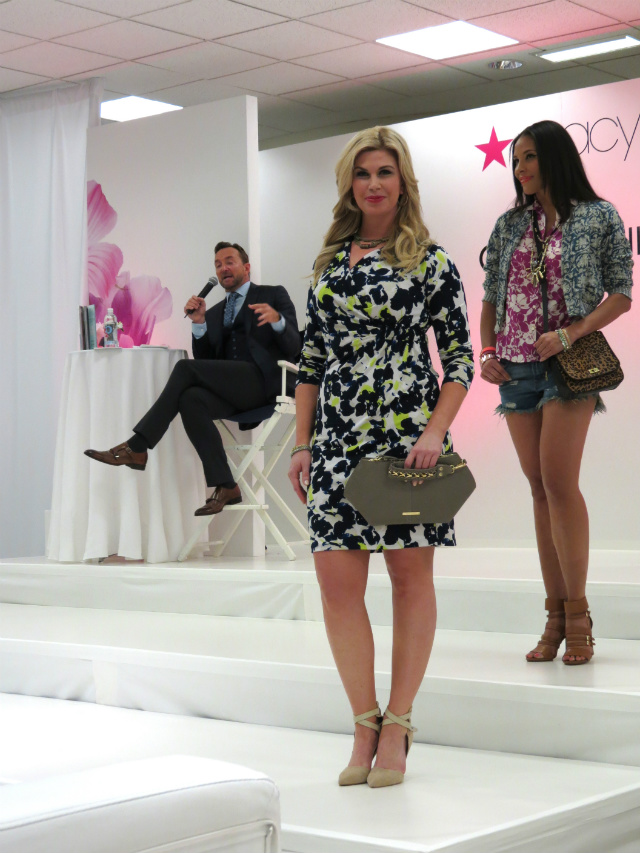 (just ignore the “millennial” look in the background…kids these days and their short shorts, I tell ya) 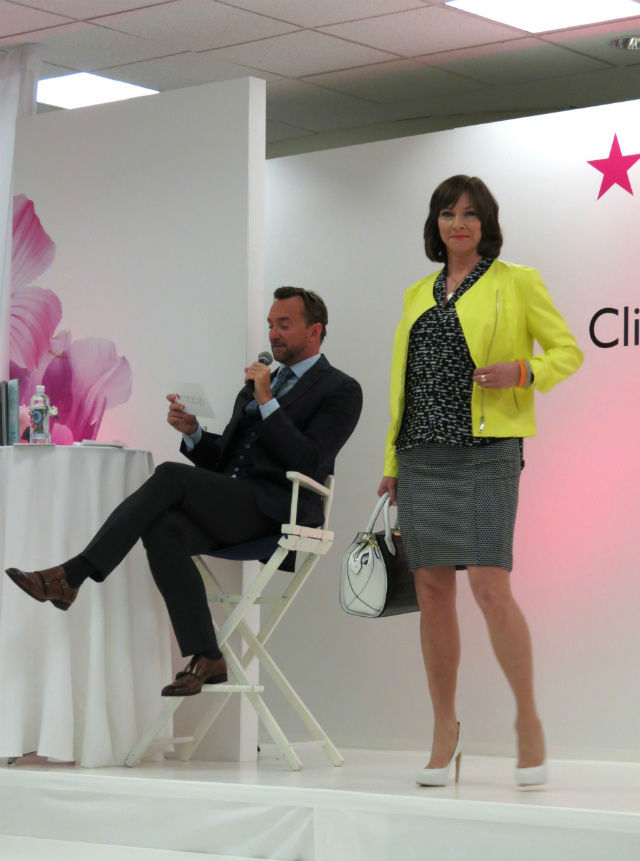 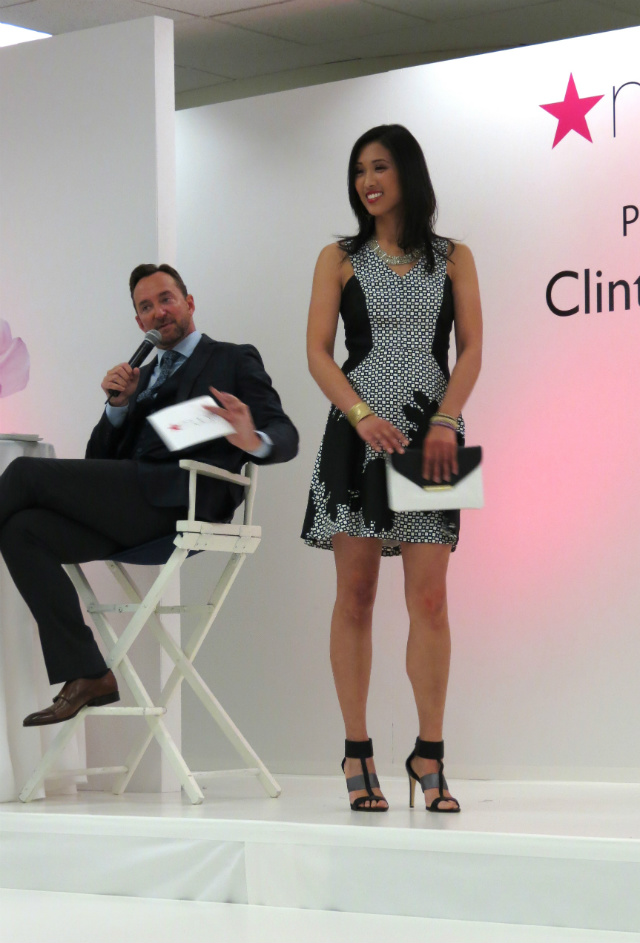 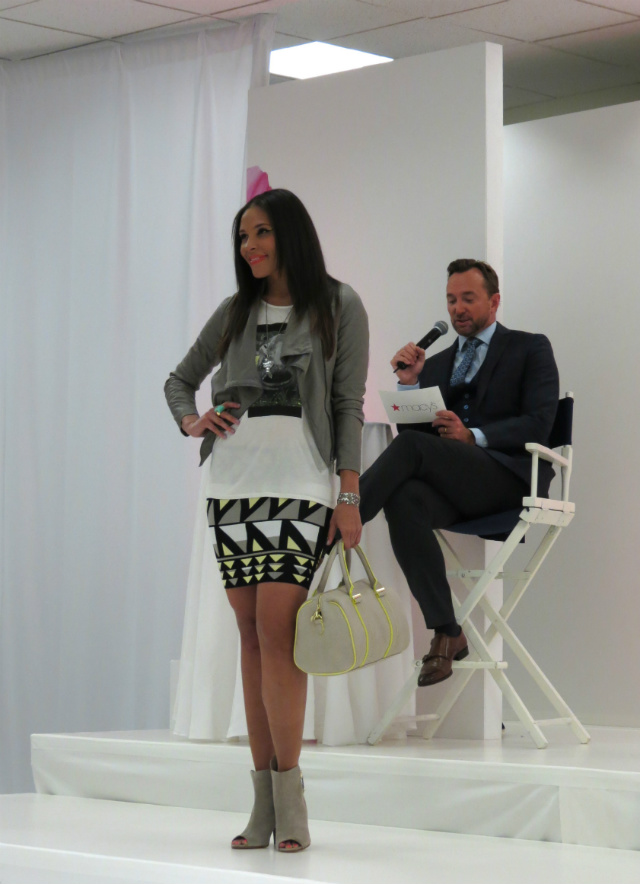 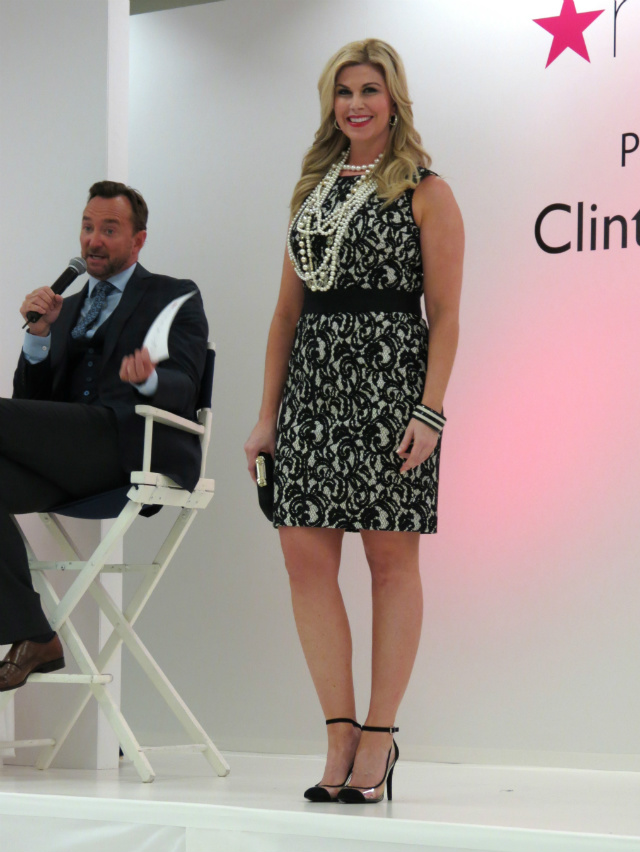 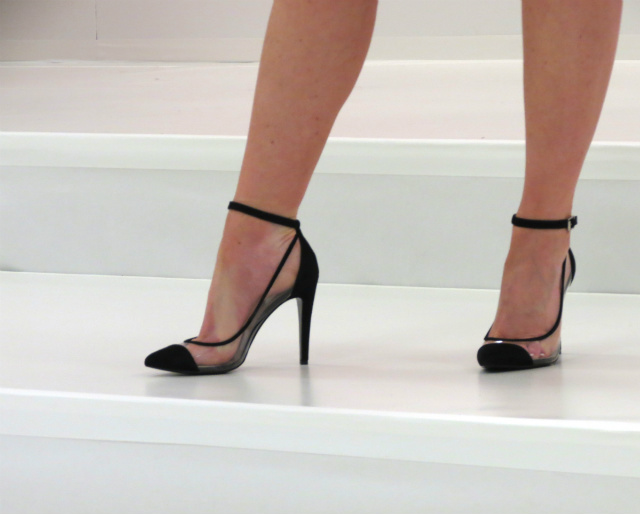 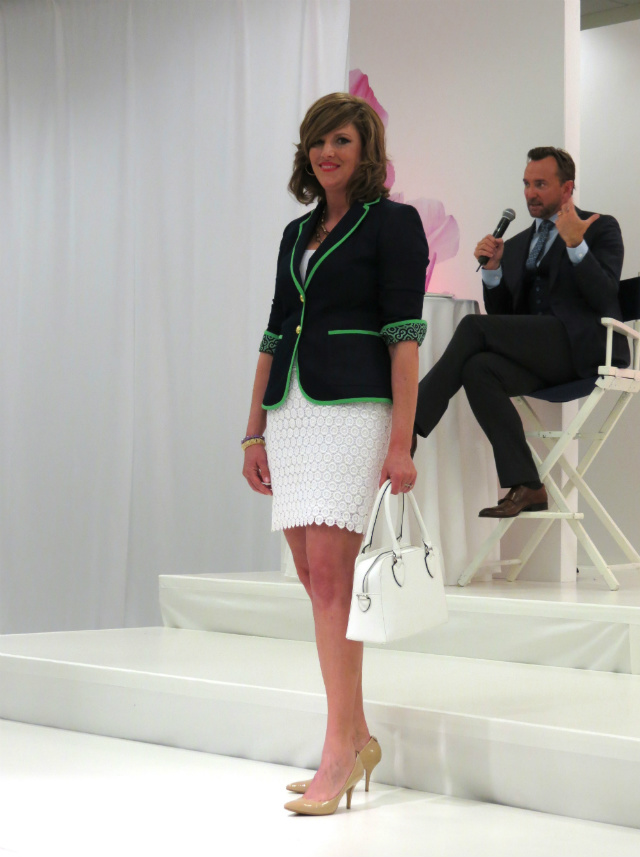 *I received a free copy of Clinton Kelly’s book, along with other compensation, for attending this event at Macy’s and sharing it on my blog and social media channels. All opinions are my own, because who else’s opinions would I have?